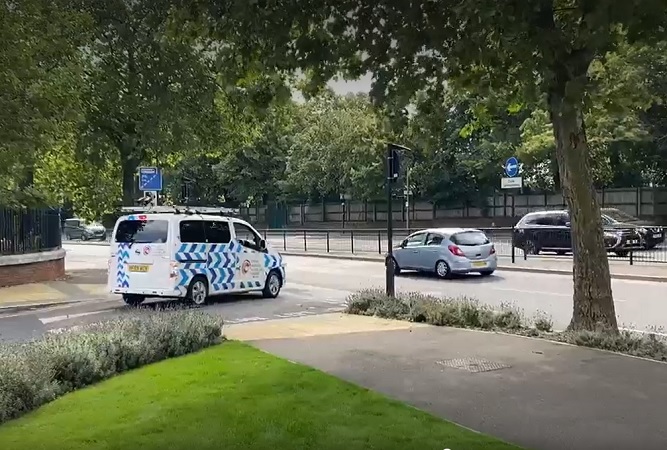 Are our streets really the best place for experiments?

There are hundreds of self-driving vehicles on American roads and they are involved in a lot of crashes. At the time of writing the California Department of Motor Vehicles (DMV), for example, lists 410 crashes involving self-driving trials and American lawyers are touting for business from people involved in such crashes, citing a rate of over 9 incidents per million miles driven compared with about 4 for human drivers.

Lots of these incidents involved automated cars but were not caused by the automation: an automated car is not immune from collisions caused by humans driving other cars. But all the same, it is reasonable to ask whether it is sensible and safe to allow this experimental technology onto public roads. What’s going on is the machines are literally learning to drive in a process analogous to the way that you and I learnt to drive on the public roads…by making mistakes. What is different about this, is that the automotive industry has traditionally made its mistakes on private test tracks, with other drivers and road users safely excluded. There is also a cultural difference between the United States of America and Europe…in the UK, for instance, automated vehicles have been and are being tested on public roads, but the safety cases tend to be much more constrained and accidents, therefore, significantly fewer.

Now I like a cool gizmo as much as the next person, and self-driving cars will certainly bring benefits in many ways, most of which I suspect we cannot yet foresee. But I think the question of whether, and how, we allow the development of this technology via experimentation on public roads is critical. The balance between the needs of people, and the wishes of business (in this case), is something we need to debate as a society. So far as on-street testing of new vehicles is concerned, we might think that it is an interesting problem, but not as significant as the sort of things that normally take the first couple of slots on the evening news. However, I think the underlying question is very relevant when we think about the two largest societal challenges we face: decarbonisation and levelling up.

Decarbonising transport (the largest emitting sector of the UK economy ) is urgent. Of course, electric vehicles are being rapidly introduced, but they will not fix the problem on their own. The Committee for Carbon Change (CCC) in their most recent budget suggest that we cannot meet our goals unless there is a reduction in vehicle miles travelled of 17%: in other words, nearly one in five journeys must be avoided (or walked or cycled instead). The journeys that continue to be made need to be made in less polluting ways…certainly we need new mobility options to move people and goods (bikes, e-bikes, e-cargo bikes, electric tuk-tuks and all the rest) but, more fundamentally, we need to rethink how transport serves our lives. As Greg Marsden has explained, transport demand is not a fixed, external thing that we have to accommodate…it arises from the decisions we make on land use, the economy, education, health and all the rest. In the long term our infrastructure and our environment is shaped by how we decide to organise our lives; in the short term our transport choices are determined by existing infrastructure and our environment.

This is both exciting and challenging: decarbonising transport involves us re-thinking the ways we want people to engage in society. We often default to thinking of transport in terms of commuting, but the largest single reason for journeys is leisure: so, the big question is how can we enable people to have fulfilling lives in ways that impose less of a load on our planet? And this is, in fact, the same question as levelling up: how are we going to organise things so that everyone gets a fair crack of the whip?

There are lots of technological pieces we can use to build this new world. The digitalisation of transport fundamentally changes the game, in my opinion. The old world was based on the impossibility of knowing what (and who) was where, or where it needed to get to, and the balance between convenience and efficiency was oriented towards providing for the peak. For example, we have built a road system designed to handle an 8am morning rush hour, but that means there is huge over-capacity and the entire system lies more or less idle for at least ¼ of the time (i.e. between 11pm and 6 am).

In the future, we can re-design our world on a different foundation: we can have much better knowledge of what the actual and expected future demands are and we can manage the system to deliver much more efficient outcomes. There are huge problems to be solved with regards to privacy and security, of course, but I think it is a reason for optimism that we can, at least, imagine ways in which we can adapt our behaviours and use of the transport system in order to decarbonise.

But how will we get to this brave, new world? I have already indicated two major elements of a better future: new vehicles and new information systems. But above and beyond these, the human element is critical. I have airily talked about new ways of taking part in the economic, social and political life of the nation…but this is the stuff of people’s lives, and people do not always have the ability or willingness to change quickly or easily, no matter how committed they may be to the ultimate goal. Rory Sutherland and Pete Dyson, in their recent book “Transport for humans” discuss the ways in which humans relate to and use transport, and present many ideas for changing the transport system to bring better outcomes…theirs is a good summary of all the difficult and messy ways in which human behaviour is the complicated, poorly understood and yet most fundamental aspect of a transport system. We need to bring then, these three elements: technical, informational and behavioural together, to invent the future we need. This seems daunting enough and, unfortunately, we have a pressing deadline so we don’t even have the luxury of time – decarbonising just won’t wait (and nor, in a political sense, will levelling up.)

So is this just too much to do…is this an unrealistic, utopian vision? I don’t believe it is unachievable, but we will certainly have to use new approaches to grasp these new opportunities. To return to the start of this blog, the traditional approach of testing each separate element of a solution in isolation may not serve us: we are, after all, seeking systemic change and different ways of delivering outcomes. What we need is a place where people can interact with new systems and we can rapidly experiment, iterate, learn from experience and cycle back around to develop an idea from concept to commercial reality. More than this, though, we need close collaboration between a wide variety of organisations to bring together the people with the expertise with the people affected.

The UK has an advantage: we have already brought together many of the parts of the puzzle. The Connected and Automated Mobility (CAM) Testbed UK brings together private and public testbeds, and physical and virtual environments, to support the entire process of product test and development: UTAC Millbrook and Horiba MIRA are private and semi-private test tracks for initial vehicle and system test and development, and Midlands Future Mobility (MFM) provides a variety of high speed and urban routes for vehicle testing on public roads. The Smart Mobility Living Lab in London has 24km of fully instrumented roads in the middle of thriving communities: here new solutions can be deployed as part of existing transport systems so that people going about their everyday lives can discover, use and interact with the new services and technologies. Other relationships with, for instance, the Alan Turing Institute and the National Digital Twin Programme, ensure that the digital layer can be full exploited.

As William Gibson famously observed: “The future is already here, it is just unevenly distributed”; right here and now we have the chance to invent and incubate the future, and spread it elsewhere later. I see this as more of an obligation …the challenges of the future are coming, whether we are ready or not, and we need to build on the advantages we have in place today to meet those challenges.

In answer to the rhetorical question I asked at the top of this piece I would say: “Yes, the streets are the best, in fact the only place for us to experiment if we are to deliver the cleaner, fairer world we want our children to live in”. The good news is we have already started…