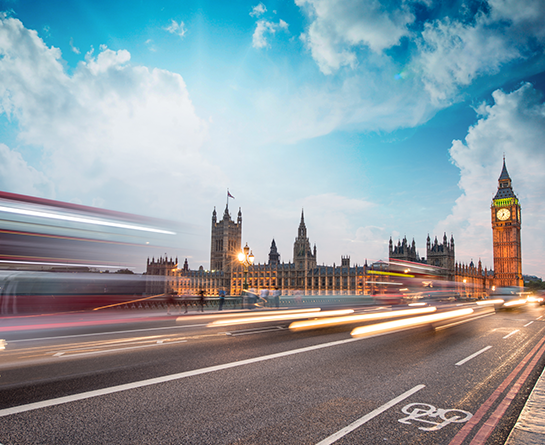 TRL has been a leader in the development of transport safety standards and regulations since the 1940s. Our work has been the basis of legislation which has saved millions of lives around the world.

In the early 1990s TRL led the European Experimental Vehicles Committee (EEVC) project to develop a Frontal Impact Test procedure. Funded by the European Commission, the EEVC working group carried out an extensive programme of crash testing of three different car models to determine the optimal configuration for a new frontal impact test for potential regulatory adoption. The aim was to replicate the modes of energy absorption of real-world car-to-car crashes at an impact speed of 60 km/h or higher. Data showed that such frontal impacts accounted for two third of all serious and fatal crash crashes. This particular test is estimated to have saved 78,000 lives in Europe over a twenty year period. It is just one of many tests underpinning the worldwide regulation of safety features in new car designs.

We are immensely proud that two leading TRL crash research experts who led the NCAP project were recognised with a Legacy Award for their groundbreaking work, at the 2018 NCAP World Congress.

Over the last four years, TRL has been providing independent evidence and analyses to the European Commission, helping to develop proposals to update Europe’s General Safety Regulations and inform the future agenda for safe, clean and connected mobility.

This includes helping the Commission to make the most significant change to vehicle safety Type Approval requirements anywhere in the world. This work will help the EU automotive industry remain competitive and well placed to tackle the coming challenges of developing automated vehicles. The new regulations include measures like Advanced Driver Distraction Recognition, Intelligent Speed Assistance and Vulnerable Road User Detection. TRL’s research suggests that the changes will prevent 25,000 fatalities and 140,000 serious casualties on EU roads.

All buses in the UK conform to current regulatory requirements. But there’s a need for change in bus standards as we head towards a future fleet of connected and automated vehicles. In addition, as part of the London Transport Strategy, the Mayor of London has set a target to achieve zero road collision deaths for buses in London by 2030.

That’s why Transport for London (TfL) commissioned TRL to deliver a programme of research to develop a new Bus Safety Standard (BSS). It’s been an evidence-based and collaborative project, consulting with the bus manufacturers and operators on technical feasibility, timelines and implementation. The comprehensive outputs give TfL the confidence that the new safety measures will make a real contribution to Vision Zero.