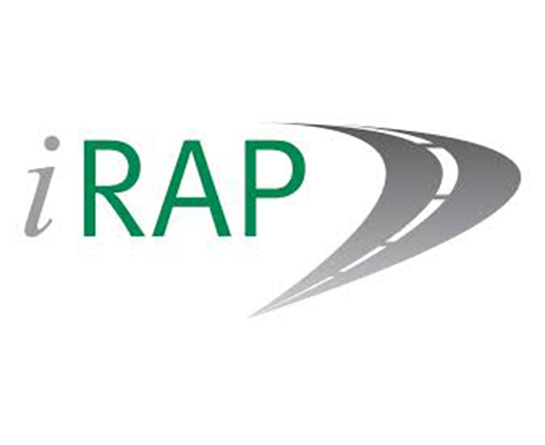 The International Road Assessment Programme is a charity founded in 2006 and is the umbrella organization for road assessment programmes worldwide. Along with the New Car Assessment Programme (NCAP), IRAP shares the goal of raising consumer awareness of safety, to create market demand for safer cars and safer roads.

A road used to be considered “safe” based on its crash history. It was quickly appreciated that only using statistics from reported incidents was an inadequate method of appraisal and that additional risk factors had to be taken into consideration. Particularly in the UK, as the volume of killed and seriously injured (KSI) road users has reduced, so this data becomes less helpful as an indicator of road safety. The modern approach to road safety is more holistic, with a high degree of focus on physical risk management for all road users. IRAP has a tool, or computer model that fundamentally demonstrates a “safe systems of work” approach.

In 2015, TRL led a UK team to use the IRAP model on all strategic and major roads. Analysing hours of video footage and engineering information, the features of each road were assessed every 10m and coded according to a safety value for specific features such as type of barrier, shoulder width and angle, pedestrian access etc. This safety value is added to data about the average speed and flow of traffic on that stretch of road. Safety values are based on best practice data shared from many countries. The model then generates a star rating (one star is poor, five stars is excellent) for that road which is available to the public via the IRAP website.
The objective of sharing the star rating is to encourage safer design and safety improvements wherever and whenever possible. Some of the most significant contributions to road safety in the UK have come about by adopting features proven to work elsewhere, such as rumble strips.

Highways England has been closely involved since 2015 in the design of the IRAP model used for assessing UK roads and has ambitions to expand the star rating to the local road network. Highways England are able to add further data to the model about the build and cost of maintenance of the assessed roads. This permits them to plan for upgrades and assess the cost/benefit impact of modifications to existing infrastructure features. The IRAP model is also effectively used to test new road schemes early on so that they achieve the highest star rating by design. Although the model creates impartial evidence to support investment decisions, an eyes-on review and sense check by local highways engineers is always valuable.

TRL is the only UK Centre of Excellence to support users of the IRAP model. We underake core model development, coding, and independent quality control of coding fulfilled by other parties. We have been contributing to its design since 2006, and applying its star rating not just in the UK but in Qatar, Ukraine and as part of the planning process for the Channel Tunnel.

TRL continues to play a leading role in continuous improvements to the model for many countries because of our deep understanding of the coding process and of what makes a road safe. In some countries, new road schemes have to be assessed and rated independently using the IRAP model and will only be approved for funding and building if the scheme meets a minimum star rating. Recent developments have seen the addition to the model of pedestrian and cyclist-related features to support urban planning, particularly where urban centres are to be reconfigured to be more attractive to active travel modes.

The coding of roads is currently a manual function, but with TRL investing in building information management (BIM) technologies, it will shortly be possible to automate the coding by automating the input of infrastructure data. A team is also developing the links between the IRAP model and popular pavement design software tools to show the real-time impact of design choices on the coding and star rating.